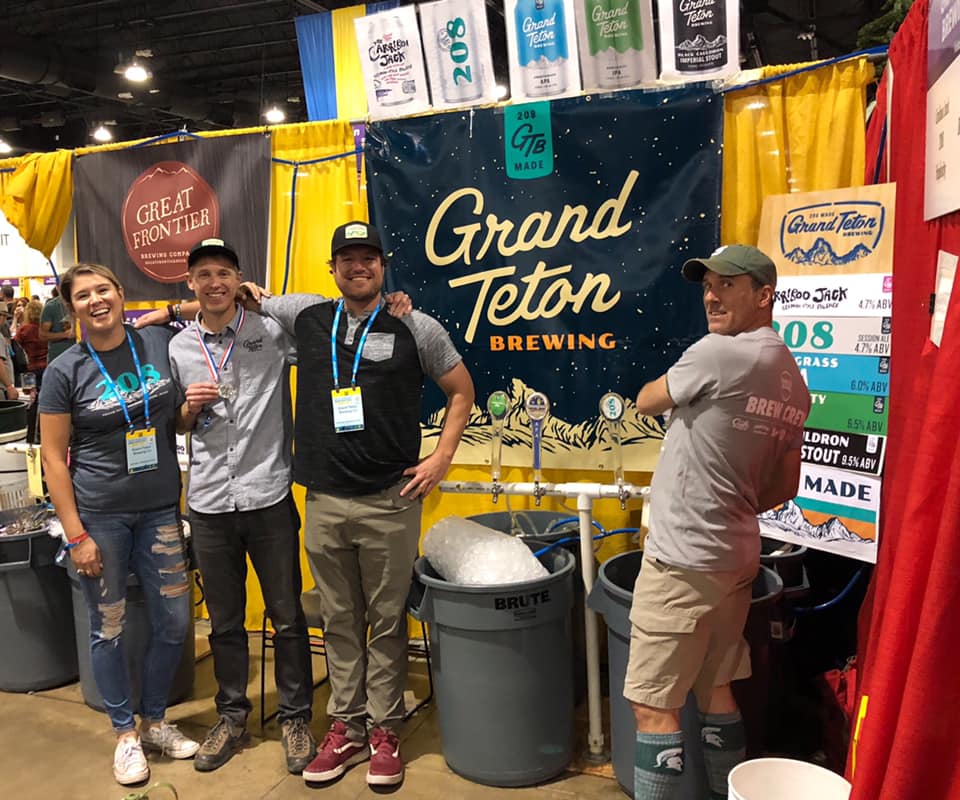 Breweries and Beer Festivals in the Yellowstone Teton Territory

Fall is harvest season all around Eastern Idaho, and local farmers are busy harvesting all sorts of crops–including the ones that go into beer. The Gem State tops the nation in barley production and ranks second in hops production. With so many top-quality ingredients grown so close to home, it’s no surprise local brewers are getting in on the action. The Yellowstone Teton beer scene is evolving rapidly, and new breweries are popping up more frequently now than ever before.

Teton Valley is the heart of the regional beer scene, with four breweries divided between Victor and Driggs. Idaho Falls also features two favorite breweries where locals and visitors alike enjoy flavorful microbrews. Be sure to also check out two of Idaho’s best beer festivals, held right in the Yellowstone Teton region.

Locals and visitors alike love Grand Teton Brewing which is the oldest brewery in Teton Valley. When the weather’s nice, people stretch out in the sun to enjoy the large lawn area, but any kind of weather is great for enjoying favorites like Ale 208, Grand Teton Amber Ale, and a host of other award-winning brews.

Citizen 33 is Teton Valley’s newest brewery, and it focuses on locally-sourced beer and food. The gastropub-style brewery includes a full assortment of beers such as C33 Locals Lager and Idaho Obsession IPA alongside a food menu which includes everything from “noshes” like fried cheese curds and coconut chili chicken wings, to burgers, sandwiches, salads, and bowls.

A favorite local Thai restaurant, Teton Thai, has opened a small brewery next door, serving up beer in both the Teton Thai restaurant and its sister restaurant, Teton Tiger, which is located in Jackson, Wyoming. Money Penny Pale Ale is the brewers’ original British Pale Ale, and the beer list includes a rotating array of other options like Skull Pucker Sour Ale and Small Town Session Ale.

Idaho Brewing Company offers eight year-round flagship beers, including Idaho Pale Ale, Deep Creek Ale, Wolf’s Oatmeal Stout, and Maggie’s Dog Slobber Brown Ale as well as an assortment of seasonal brews like Foxy Blond Lager, Oktoberfest, and Bad Badger ESB. The brewery crafts 20 different styles of beer, so there’s sure to be something on the menu to match every beer aficionado’s mood.

Beers like Cream Ale, Snow Eagle India Pale Ale, and Strong Scotch Ale are just a few of the brews on tap at Snow Eagle Brewing. The brewery boasts an impressive beer menu as well as food like nachos, burgers, sandwiches, and more.

If you choose to imbibe and sample some of Idaho’s finest beers, be sure to have a designated driver or utilize a local taxi company or rideshare service to get home (or to your hotel) safely.

Be sure to dress up in your best Bavarian outfit for Idaho Falls’ Oktoberfest, which is typically held in September. Enjoy beer, food, music, and more at this fun festival.

Each June, the Mountain Brewers Beer Festival takes place in Idaho Falls. Over 100 breweries will be sharing their creations, complete with live music, food, and raffles. Purchase tickets in advance (they will not be sold at the door), and feel good knowing the event benefits Idaho Falls Zoo at Tautphaus Park, Hospice of Eastern Idaho, and Breaking Boundaries.

Close Menu
This website uses cookies to improve your experience. We'll assume you're ok with this, but you can opt-out if you wish.
Cookie SettingsAcceptReject All
Manage consent

This website uses cookies to improve your experience while you navigate through the website. Out of these, the cookies that are categorized as necessary are stored on your browser as they are essential for the working of basic functionalities of the website. We also use third-party cookies that help us analyze and understand how you use this website. These cookies will be stored in your browser only with your consent. You also have the option to opt-out of these cookies. But opting out of some of these cookies may affect your browsing experience.
Necessary Always Enabled
Necessary cookies are absolutely essential for the website to function properly. These cookies ensure basic functionalities and security features of the website, anonymously.
Functional
Functional cookies help to perform certain functionalities like sharing the content of the website on social media platforms, collect feedbacks, and other third-party features.
Performance
Performance cookies are used to understand and analyze the key performance indexes of the website which helps in delivering a better user experience for the visitors.
Analytics
Analytical cookies are used to understand how visitors interact with the website. These cookies help provide information on metrics the number of visitors, bounce rate, traffic source, etc.
Advertisement
Advertisement cookies are used to provide visitors with relevant ads and marketing campaigns. These cookies track visitors across websites and collect information to provide customized ads.
Others
Other uncategorized cookies are those that are being analyzed and have not been classified into a category as yet.
SAVE & ACCEPT
Change Location
Find awesome listings near you!